A while back, I was invited to attend the South African premiere of Redeeming Love. I’ve since been pondering on the film and writing about it, as there was just so much to work through before I could start talking about it. It’s a film that speaks to the heart in so many ways; a story with lessons and truths you need to make your own in your own time. I remember after reading the book, many of the scenes stayed in my mind for weeks after. And, after watching the film I was dumbstruck.

I read Redeeming Love when I was in my first year of university. It left such a lasting impression that when I heard that Francine Rivers’ book was being made into a movie, I simply couldn’t wait. The fact that it was filmed in South Africa and that there were so many South African actors in it, made it even more exciting.

In the end, the movie showcases one general theme: God’s unconditional love. No matter who you are, no matter what your circumstances, no matter your history.

Actress, Tanya van Graan who played the role of Sally in the movie, says: “…with the power of film, this story that resonates with so many people across the board – be it believers or just people who want to believe that they are worthy of unconditional love – I believe will continue to touch many hearts.” She says that the lessons evident in the film are not new to us. “But we all seem to forget the truth of who we are at times and these great reminders are what life is truly about. The power of unconditional and all-consuming love.”

Van Graan’s role was small, but impactful and she says that the one thing that will stay with her forever after playing the role, is to always speak your truth, and to never underestimate your purpose in this life. “A small act of compassion and acts of love can have great impact on those around us,” she says. “To be part of this production was a great honour even if I only played a small part. The fact that they came to film this in South Africa and with a local production company and crew that was phenomenal – it really was special to see and be a part of.”

Daniah de Villiers played the role of Miriam Altman, a young girl who saw a friend in the lead role, Angel. “It was a massive honour to be part of this epic love story. I always try to observe other actors while on set – that’s where I learn the most,” she says about playing alongside brilliant international (and local) actors like Abigail Cowen, Tom Lewis, Eric Dane, Famke Janssen, Milton Schorr, Brandon Auret, Clyde Berning and more.

“I learned that love can be portrayed in many different ways,” says Daniah. “Loving someone unconditionally means to look past their flaws and background whether in a relationship or friendship.” She says that the film portrays what love is in its purest form: Unconditional.

“I love Jesus and the love Michael has for Angel in the film, God has for us – unconditional and always there for us,” says the young actress.

That was what touched me most while watching the film too. In the past few years, I’ve come to realise that I have been living in a very comfortable bubble with not much knowledge of what goes on even in the neighbourhood next door. Often, I see it as a coping mechanism as I am a very sensitive soul and the injustices and pure brutality that I know exist closer to home than I’d like to think, are disturbing and downright sad.

Redeeming Love made me realise that we meet people on the street, in shopping malls, at our children’s schools and even at church and we have no clue about what they might be going through.

Outside of our comfortable bubbles, there are mothers who sell themselves – like Angel’s mother in the movie – to put bread on the table and keep their children alive. There are women – like Angel – who are born into a world where children are sold for sex.

We live in bubbles.

My daughter is four years old. Four years from now, she will be roughly the age that Angel was when she got auctioned off. These are the things that had me ponder on the movie for longer. Why? She was only a child. She had no say in the matter. Where was God’s unconditional love when she needed saving from the brutal hands of the world?

READ: How to help your child to adapt to life’s changes

Then I look at Tanya van Graan’s comment again, and it hits me: No matter where you are or who you are, you can show unconditional love to the person next to you. “A small act of compassion and acts of love can have great impact on those around us.”

Apart from the overall message that God loves us unconditionally, Redeeming Love serves as a reminder that God also shows His unconditional love through His people. Us. We are His hands and feet on earth, and we need to get out of our comfy bubbles and show His love to the world. 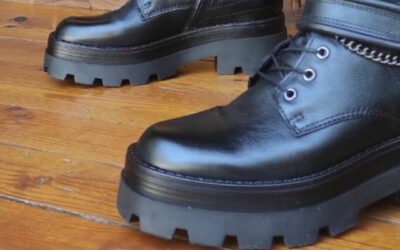 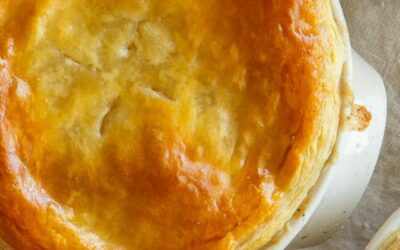 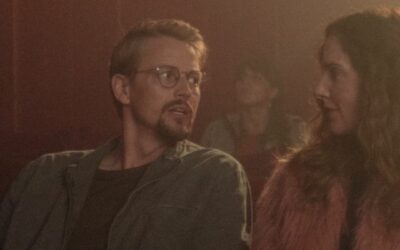